Putting UB's leadership in climate action on the national stage

Indeed, as Harris discussed the Inflation Reduction Act's potential to address the climate crisis through widespread adoption of electric vehicles and solar and wind energy, a university campus hummed in the background toward an ambitious goal of net-zero emissions by 2030.

UB, a flagship of the State University of New York, is a global leader in higher education when it comes to climate action. It ranks first out of all U.S. schools in addressing the United Nations Sustainable Development Goal (SDG) for climate action, according to the 2021 Times Higher Education Impact Rankings, which measures universities’ research on climate change, their use of energy and their preparations for dealing with the consequences of climate change.

“UB’s aspirations in climate action are grounded in research and practice on the built environment. And our own campus has always been a critical space to put these principles into practice in innovative ways,” said Shibley.

To demonstrate its climate commitment in action, UB hosted Harris on a “clean energy” campus tour, zeroing in on the importance of the built environment – including UB’s own campus – to reducing our carbon footprint. Organized by UB’s Office of the President, the tour was hosted by Robert G. Shibley, Dean and SUNY Distinguished Professor of the School of Architecture and Planning, who has helped shape the planning framework behind UB’s campus master plan and climate strategy.

Weaving together a story of climate action through new ways of building, the tour began at UB’s signature Solar Stand, a 3,200-panel solar array at the gateway to the North Campus that generates approximately 750 kilowatt-hours annually. Designed by world-renowned landscape architect Walter Hood in 2013 through an international design competition, the Solar Strand was conceived as a land-art installation that invites public engagement and elevates standards in solar design.

In his tour, Shibley pointed to UB’s decades-long commitment to renewable energy technologies that integrate the principles of design excellence, sustainable development and innovation in the built environment.

UB emerged as an early adopter of solar energy in 2006, when it installed a 75-kilowatt-hour solar array atop Norton Hall on UB’s North Campus, at the time the largest rooftop solar installation on any building in Western New York.

The university’s solar capacity increased exponentially in 2011 with the completion of the Solar Strand, growing again in 2015, when UB entered into a power purchase agreement with BQ Energy to be the sole user of Steel Winds, a 4.5-megawatt, 25-acre solar field constructed on a brownfield at the former Bethlehem Steel facility in Lackawanna, NY.

In 2021, UB unveiled its fourth major solar development – a 22,600-panel array that sits on 25 acres on a university-owned site just east of Millersport Highway. Supported by the New York Research and Energy Development Authority (NYSERDA), that installation produces 12 million kilowatt-hours annually, making UB one of th largest on-campus producers of renewable energy in the country. The electricity being produced is enough to sufficiently power nearly 2,000 homes.

These practices are rooted in UB’s first climate plan, launched in 2009, which set UB’s ambition to achieve net-zero emissions by 2030, as well as the 2010 “Building UB” comprehensive physical plan, which prioritizes public access, sustainability and design quality across UB’s three-campus footprint.

“UB’s aspirations in climate action are grounded in research and practice on the built environment. Our own campus has always been a critical space to put these principles into practice in innovative ways,” said Shibley, who directed the 2009 climate plan and 2010 campus master plan and chaired the Solar Strand competition committee as UB’s former senior advisor to the president for campus planning and design. He continues to advise UB's implementation of these plans as campus architect.

Those foundational campus plans are now integrated into UB’s “10 in 10” climate action plan, a 10-year roadmap of strategies mapped against 10 categories, from reducing building energy use to promoting alternative forms of commuting to creating more sustainable campus food systems. The work advances under the leadership of Ryan McPherson, UB's chief sustainability officer.

During her tour, Harris got a glimpse of the diversity of disciplinary perspectives UB brings to its work in climate. As Harris paused near a seating area in the Solar Strand that uses logs and recycled sidewalk as flagstone, she met Liza Wilson, a UB master's student in geology who recently traveled to Greenland to examine the bedrock beneath the ice shelf for clues on rising sea levels.

Farther along the path, Valton Barnes, a student in UB’s MS in Environmental Engineering program, discussed the importance of sustainable water use in adapting to a changing climate. His research examines the potential for harvesting water from the atmosphere for drought management.

The tour ended at UB’s GRoW Clean Energy Center, a net-zero, solar-powered community resource center that sits at the foot of the Solar Strand on UB’s North Campus. It was initially designed and built by more than 200 UB students, along with faculty and staff, across 13 departments, as a solar demonstration home for the 2015 U.S. Department of Energy Solar Decathlon, where it placed second among an international field of universities.

After traveling across the country to Irvine, Ca., for the competition, GRoW was re-constructed, installed and exhibited on the South Campus behind Hayes Hall. The recipient of a design award from the Buffalo/WNY chapter of the American Institute of Architects, it was relocated in 2020 to the North Campus as a clean energy resource center with support from NYSERDA's REV Campus Challenge Project. Since the competition, an additional 200 students have been involved in the design and construction of the two subsequent installations.

Here, Harris met Christopher Osterhoudt, a 2015 graduate of UB’s Master of Architecture program who served as a project manager for the “GRoW Home,” as it was originally named, leading up to the 2015 Solar Decathlon.

As he guided Harris through the home, he said the ambition of the house has always been to promote more sustainable approaches to design, building – and living. For instance, the house features a greenhouse and food processing stations so that occupants can grow food year-round. Osterhoudt says Harris was particularly intrigued by the house's compact and efficient design - it totals just over 1,000 square feet – in support of housing affordability and efficient use of resources.

“It’s about how we live and interact with our architecture across multiple realms,” said Osterhoudt, adding that it was the ultimate satisfaction to see the nation's second-in-command link GRoW to the possibilities of a new national climate policy.

"She was taking it all in...and making direct links to what the Biden administration is doing in celebrating these new approaches to design, building and technology," said Osterhoudt, who puts these principles into practice as head of the sustainability team at Wendel, an architecture and engineering firm in Buffalo.

Martha Bohm, UB associate professor of architecture and associate dean for academic affairs at the School of Architecture and Planning, has led the effort since its start, with key support from fellow architecture faculty members Kenneth Mackay, Nicholas Rajkovich, Stephanie Cramer and Brad Wales.

“The GRoW project brought together novel, climate-savvy approaches with work across several departments and schools at UB. We had to move fluidly from the theory of the classroom / studio to the practical, hands-on work," she said.

"And, at the end of the day, we have been able to demonstrate that our ideas for decarbonization are sound. These ideas brought back to Buffalo a prize from the competition in California, and they work every day in the ongoing operations of the GRoW Clean Energy Center on our campus. We need more projects like this at UB (and the country) which let us think expansively yet critically, and work to solve our climate crisis in inclusive, creative teams.”

In her remarks later that afternoon on the potential of the Inflation Reduction Act, Harris praised UB and the Buffalo region for its leadership in sustainable development, and called upon today’s youth to rise up as the new generation of climate leaders.

“This, students, is where you come in,” she said. “In your classrooms, in your communities, you are leading us forward. As a nation and as the world, we are counting on you.”

“You are chemical engineers working to make our solar panels more efficient, you are architects designing sustainable homes and communities, you are climate scientists modeling the impact of rising seas and warming temperatures, and you are public health experts providing hope and healing to so many.”

UB students – including those who helped guide Harris on the clean energy campus tour – are up for the challenge.

“To be a change agent in my university and to advocate for a more sustainable food system is an everyday task,” said Nicole Tremsky, reflecting on the experience. “It’s an honor to be recognized by the Vice President and have the opportunity to share what UB is doing to fight climate change.”

"I am proud to represent UB and its fight against climate change,” added Valton Barnes, whose research intrigued Harris so much she asked for his card. “Having the opportunity to share my research with the Vice President was an honor and gives me hope about the future of sustainable engineering."

UB geology student Liza Wilson agreed: “I'm so honored to have received the opportunity to speak about my study of paleoclimatology and glaciers with the Vice President. To have someone of her status wanting to hear about our interests and ambitions was such a special experience.”

UB President Satish K. Tripathi reflected on the historic moment for UB – and for the planet – as the university pushes the boundaries of climate action from the local to national to global scale.

“We are honored that the White House chose to come to UB to promote the administration’s investment in climate action through the Inflation Reduction Act,” said Triphathi, “and we were fortunate to have the opportunity to share with the vice president the meaningful ways that our students and faculty are bringing their research and scholarship to bear on one of the most monumental challenges of our time.”

UB efforts to address climate change include establishing in 2014 the UB RENEW Institute, which includes some of the world’s foremost experts on sea level rise, materials scientists who are developing technologies to dramatically reduce carbon emissions from buildings, vehicles and other sources, and environmental scientists who are devising new strategies to monitor how air and water pollution affect the health of humans and wildlife.

Their efforts are aided by cutting-edge laboratories such as UB’s supercomputing facility, the Center for Computational Research, and planned investments including a new $102 million building to house UB’s growing engineering programs.

UB’s work to address global warming go beyond the sciences, with faculty researchers deeply engaged in the community, helping the Buffalo Niagara region transition from its industrial heyday to a more knowledge-based economy centered on advanced manufacturing, entrepreneurship and environmental justice.

These efforts were recently rewarded with a $25 million federal investment, as part of the White House’s Build Back Better Challenge, to help grow the region’s tech sector, especially on the East Side of Buffalo. 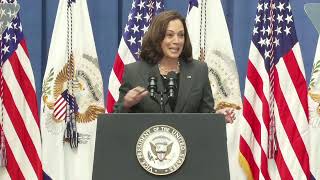